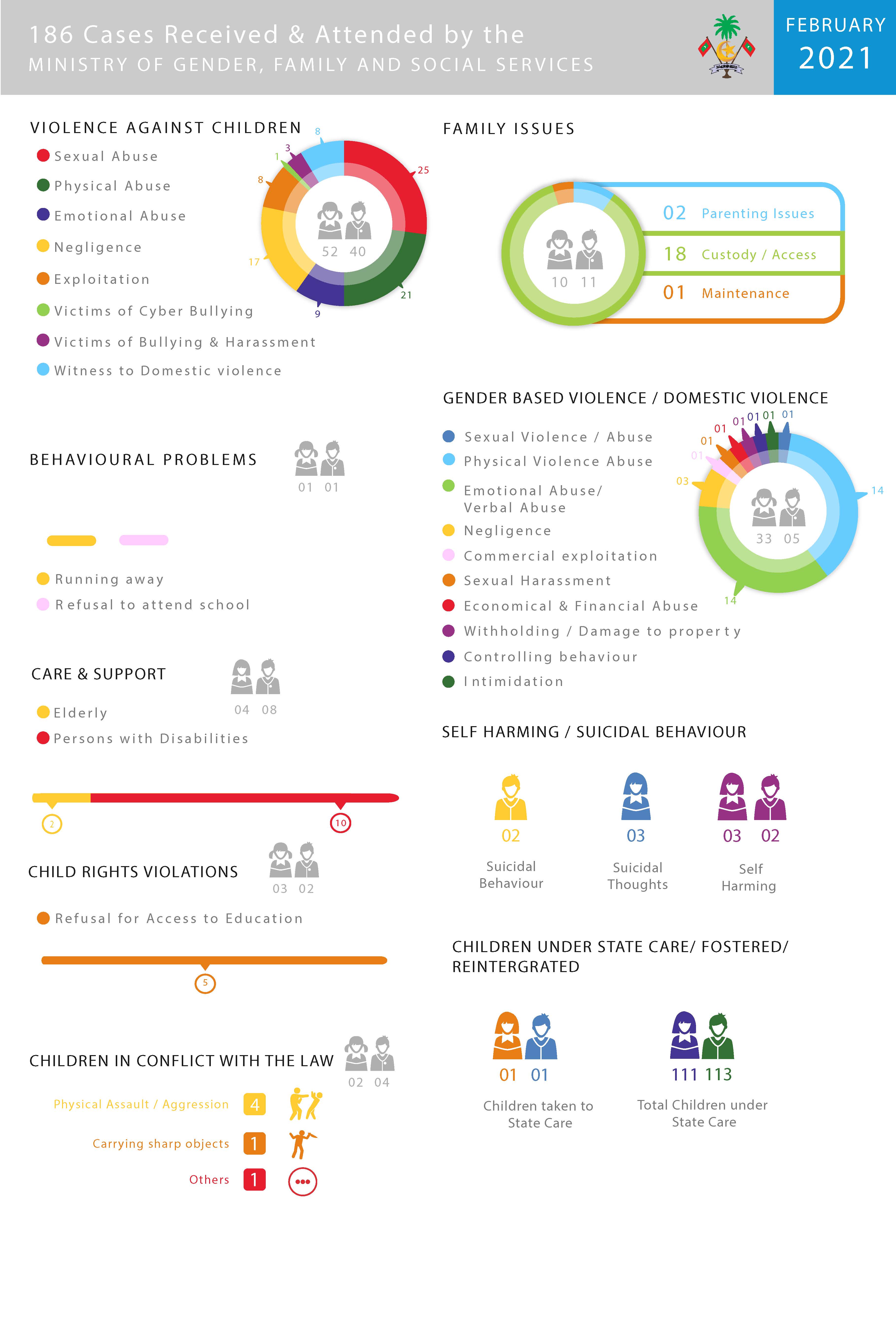 Ministry of Gender, Family and Social Services received and attended to a total of 186 cases in February 2021.

Children in conflict with the law:

Gender based violence and Domestic violence:

Care and support for elderly and persons with disabilities: