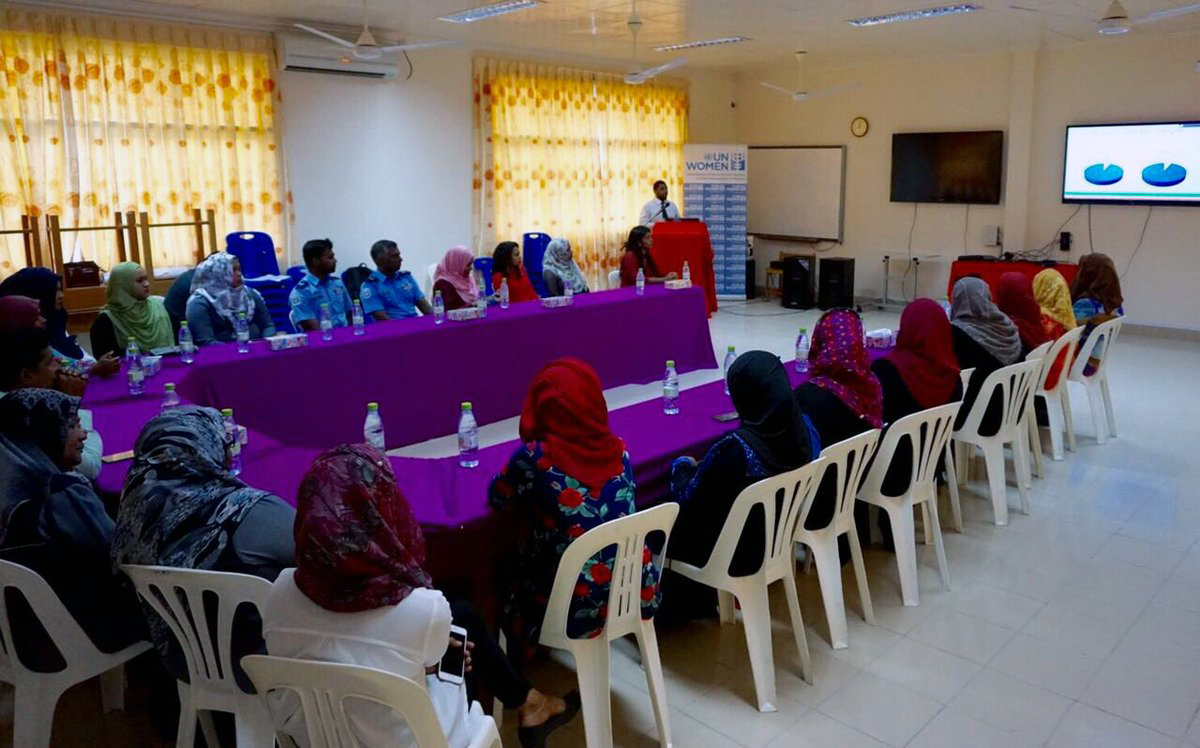 Minister Zenysha has today inaugurated a programme to strengthen Women’s Development Committees (WDCs) in Gn Atoll Fuvahmulah under “Kurimagu” campaign. The programme conducted by the Ministry if Gender and Family in collaboration with UN Women, being held from 21-25 August 2016 at Fuvahmulah Hafiz Ahmed School, is participated by members of Fuvahmulah Island Councils and WDCs.

Speaking at the opening ceremony, Minister Zenysha stated that the main ojective of this programme is to enhance the role of women’s participation in the development of islands. Minister Zenysha also highlighted the importance of enhancing women’s participation in economic and public spheres in the Maldives, and noted that this programme has been designed to disseminate information on specific areas such as Gender Responsive Budging (GRB) and formulation of proposals for various projects planned at island level.

“Kuimagu” campaign, launched on 9 August 2016, focuses on raising awareness on the protection of women against domestic violence and the empowerment of women in social, economic and public life. Under this campaign, Ministry of Gender and Family in collaboration with UN Women, has conducted training sessions on Gender Responsive Budgeting (GRB) for gender focal points amd Ministry staff earlier this month.